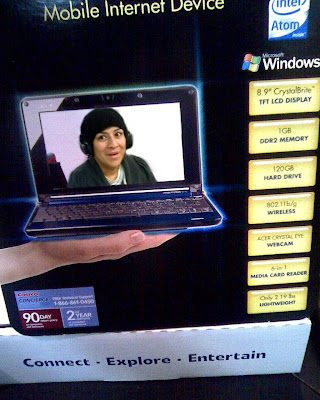 And now my head is in the ad. It makes me think of how excited I really would be if I got this teeny tiny puter. See my face? That's excitement!

Email ThisBlogThis!Share to TwitterShare to FacebookShare to Pinterest
Labels: want

Except I forgot to take a picture of the awesome masterpiece before I devoured it. I had a tiger-eye roll. It had squid, salmon, krab, carrot, avocado and all kindsa different saucy stuffs. It was good mmm mmm good. I didn't even have room to eat the flower! 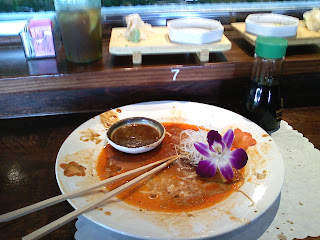 The hat looked soo good on him, but he said he wanted a more fitted look. He was worried that he would lose his hat at any of the various Halloween parties he will be attending. I wish I didn't have to work so I could go with him. 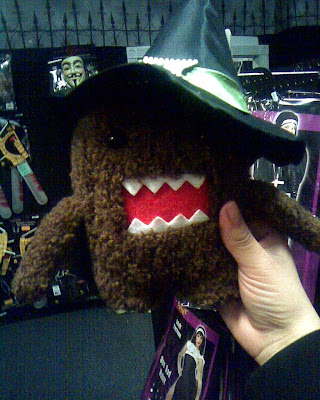 I personally think the glasses work for him. He thinks the glasses are a bit much he doesn't want Mr. Usaji to think he is making fun of him. I think he should be Mr. Usaji for Halloween, we would just need to find him some bunny ears and he would be set!

Clicky click to read on »
Posted by Unknown at 12:56 PM No comments:

This is Aiden I think that's how his name is spelled but I dunno. I haven't seen him in a long time and he is starting to grow FANGS!!!! Luckily he can't stand up yet cause then it would be a little mobile chomping machine. Chomping machine=Susie approved! Go get em biter! 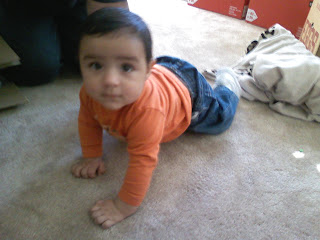