A few years ago when I celebrated Christmas at my in-laws for the first time, I noticed tons of pictures.  Pictures from the 80's/90's of my husband and his siblings with Santa Claus.  My mom in-law took her kiddos to see Santa and get pictures every year.  It was really nice to look back at the pictures of everyone with Santa Claus.


I used to be 'Santa's Helper' and photograph children at the mall with Santa.  I thought it was cool that my mom in-law kept up on photos with Santa for so long.  When I was Santa's Helper I would see people return year after year with their kids.  It was cool to know that their parents were keeping a yearly record of their visit to Santa.


Last year I asked the mister if he would please come take a picture with me and Santa.  He said no.  After a little bribing he agreed to do it.  He managed to weasel his way out of it last year.  But this year I tried again and was successful!  The mister is not a fan of photos or Santa but he did it.  He even smiled.  So I am taking the photo, framing it and presenting it to mom in-law on Christmas Eve.  She is going to be so excited when she sees it.


Anyhow, I just wanted to wish everyone a safe and happy holiday season.  Sometimes this time of year ends up stressful for people.  Sometimes commercial greed gets the better of people.  Sometimes reflecting on an unsatisfactory year can dip people into depression.  Think of the positive things in life.  Cherish what you have and make goals to achieve what you don't.  Happy holidays everyone.
Posted by Unknown at 6:15 PM No comments:

Email ThisBlogThis!Share to TwitterShare to FacebookShare to Pinterest
Labels: christmas, family, the good

Did you know I live near a large body of water?

Most people wouldn't think so.  I am not a beach person.  I don't like the cold ass Pacific Ocean and fine sand is one of my many pet peeves, so I avoid it.  I do however, enjoy hikes and tide pools.  I live within a 10-20 minute drive from the Pacific Ocean depending on where I am going.  The popular spot around these parts is Pismo Beach which I avoid like the plague.  It's usually riddled with our version of leafers "Bake-O's" (from Bakersfield).  Since our Doggy Parade was over so quickly that Sunday I thought it would be nice to take my sister hiking around the Avila Sea Caves (area is also referred to more commonly as Pirate's Cove and the tide pools at Shell Beach.


Clicky click to read on »
Posted by Unknown at 1:38 PM No comments:

Last week I heard about a Christmas Dog Parade happening at Avila Beach.  Dog parade?  What the hell?  I was told people would be dressing their little fur babies in costumes and parading them down the street in Avila. So I figured, heck I don't have Sunday plans I will go.  My sister accompanied me to Avila and I brought my fat little fur baby too.  No costume for him, he was just hanging out with us enjoying the madness that ensued.  Honestly it was less than five minutes of dogs trying to do what they wanted instead of walk in an orderly parade.  Some dogs were okay but most of them wanted to sniff around and play.


Clicky click to read on »
Posted by Unknown at 2:40 PM No comments:


I was really hoping to get some better pictures than the boring ones I took on 11-11-11.  Alas today was a work day so I had to work with what I had.  So you get to tag along for my entire work day, hooray?  I had planned to start taking pictures as soon as I woke up but I forgot.  Sorry folks.

Clicky click to read on »
Posted by Unknown at 8:13 PM No comments:

I've been tagged and it's been ages since I played any variation of a tag game. This one should prove to be easy as it involves typing and not chasing. Kathryn has tagged me in a friendly game of: 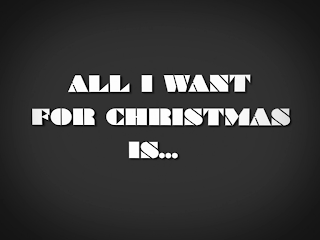 Clicky click to read on »
Posted by Unknown at 2:57 PM No comments: 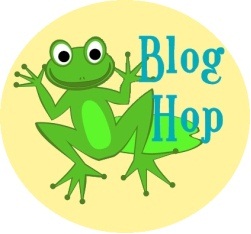 For this blog hop I am going to share the sights I see most often where I live.  Nothing near downtown or anything.  I am hoping to get some pictures of Christmas decorations where I live soon.  Hopefully BEFORE Christmas; time is just flying by!  This hop was started by Kathryn and I am glad I get to play this time.

Clicky click to read on »
Posted by Unknown at 8:31 PM No comments:

Email ThisBlogThis!Share to TwitterShare to FacebookShare to Pinterest
Labels: blog hop, bloggers, link to some place else, Santa Maria

"Bless me father, for I have sinned.  It has been about I don't know how long since my last Facebook session.  These are my sins..."

What the frak is she going on about now?
Well I did it, AGAIN, I got rid of Facebook.  But instead of caving and enabling it again, I actually am allowing the 2 week expiration to run out on it.  So it will be gone FOREVER!  I can't recall when I axed it so the 2 week time may have already lapsed.


"Lord Flying Spaghetti Monster, Son of God, have mercy on me, a sinner. R'amen."
Clicky click to read on »
Posted by Unknown at 9:50 AM No comments:

Email ThisBlogThis!Share to TwitterShare to FacebookShare to Pinterest
Labels: corporations are the devil, fail, i suck at being a friend, social networking sites are the devil, the bad, why

A dear friend of mine encouraged me this year to join redditgifts.  Since I have the wonderful habit of taking up what he suggests because it ends up becoming fun (like blogging and the mcchris message board) I did it.  This will be my first time being a part of a gift exchange through redditgifts.  I have been a part of other Secret Santa exchanges and after I got burned once I have had a sour attitude about it.  This was from a gal I had known for a long time on the mcchris message board.  She even promised to make it up to me and never did.  Yeah I am still a little sore about it, so what?!

Clicky click to read on »
Posted by Unknown at 9:26 AM No comments:

Once upon a time I had an iguana that I would go rock hunting for.  I would go check out the dry Santa Maria riverbed and fish out large, flat rocks for my iguana to bask on.  I was out early one Saturday morning, hunting for rocks and I had spotted the perfect rock.  It was smooth, flat and large enough for my iguana to lay on perfectly.  So I decided to abandon some of the other rocks I had piled up and opted to lug the perfect one back to my truck.  Once I got to where my truck was parked I discovered a problem with my plan.  How the hell was I supposed to hoist my rock up to where the road was?  I was too short to throw it up there and I didn't have a container for my rock.  Then a stroke of genius hit me, I could fashion a container out of my blue jeans.  Then all I have to do is hoist it over my shoulder and climb on up out of the dried up riverbed.  My plan was flawless!