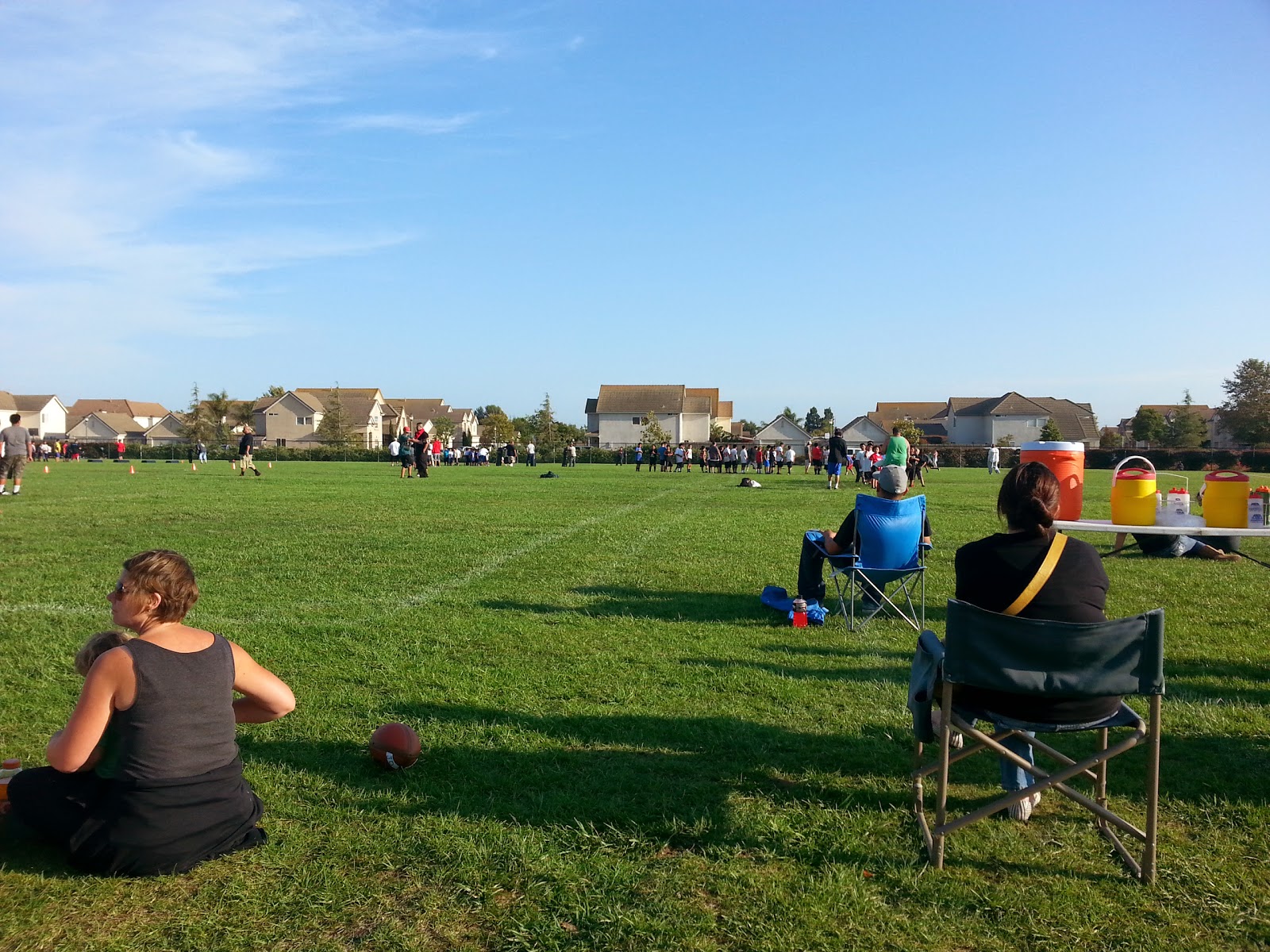 I really don't understand the fascination with the sport.  And my husband can do without it too, so un-American of us.  But our son just started football today.  What?!  Yeah, I know sounds like counter-intuitive to put him in a sport we both hate.  Guess who else hates it, or so he said up until the very second we walked onto the field: Andy.

Clicky click to read on »
Posted by Unknown at 8:05 PM No comments:

My dog is a traitor.

I have had the pleasure of owning Snarky since he was born; in my car.  It was a gross mess, but I digress.  My husband came into Snarky's life when he was still small enough to crawl into the sleeves of his hoodie.  When Snarky was teething and my husband would let him tear his sleeves into tatters against my wishes.  He was has known Snarky long enough for Snarky to be "our" dog not "my" dog.  Yea,  yea, I know.... what's his is yours and what's yours is his.  Phooey!  To me Snarky has been and will always be "MY" baby, my dog.  Until Joey decided to leave for Japan, I was convinced Snarky liked me better.  He even lets me cradle him like a baby and rub his tummy.  When I am not feeling well he rushes to my side to comfort me.
Clicky click to read on »
Posted by Unknown at 2:39 PM No comments:

Email ThisBlogThis!Share to TwitterShare to FacebookShare to Pinterest
Labels: pets, the bad, worry 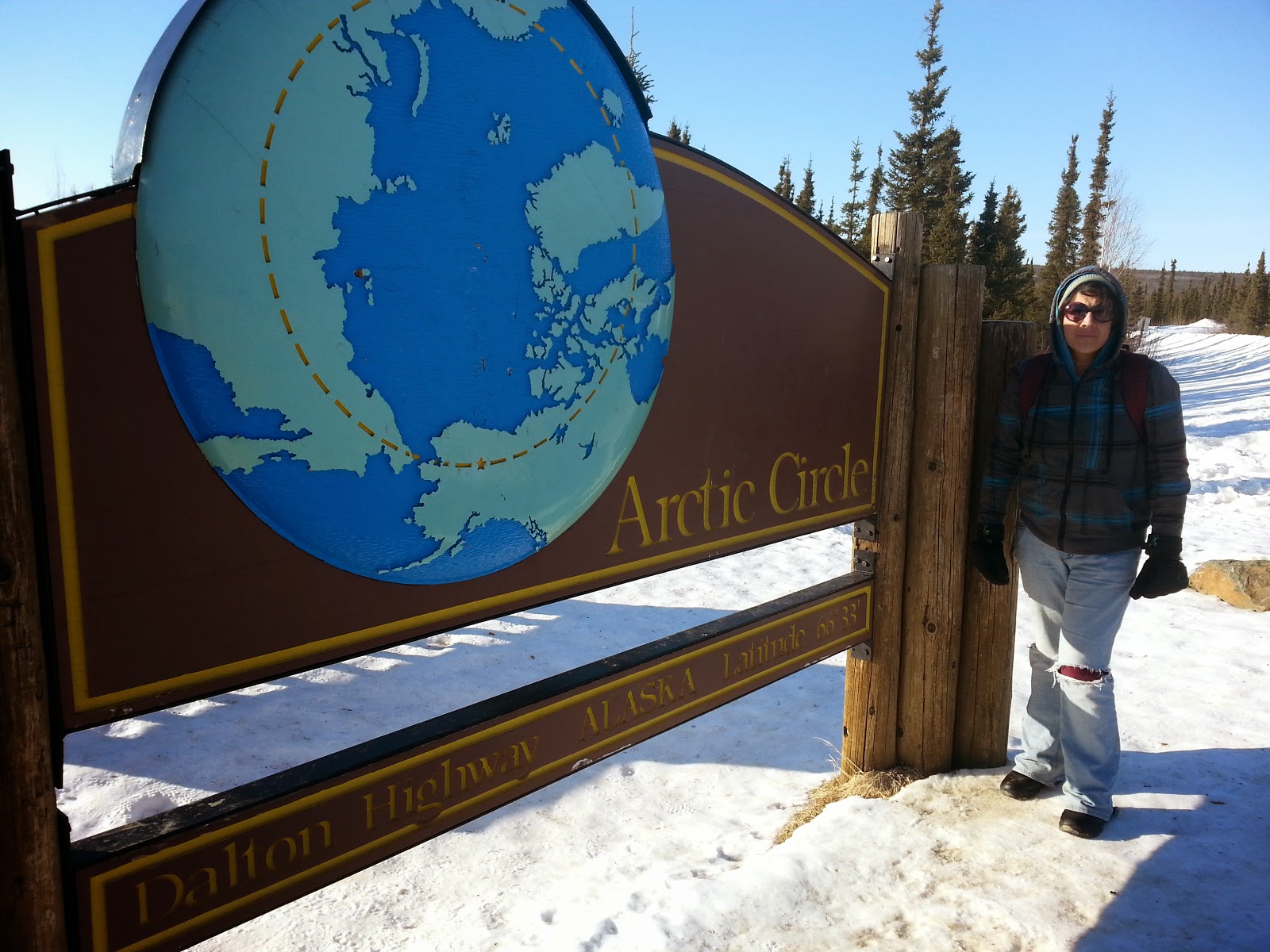 I crossed the Arctic Circle by air and by road.  One of the things I really wanted to do while in Alaska was to cross the Arctic Circle, it would be stupid not to.  I was so close, I just had to!  There were 2 options for crossing the Arctic Circle one involved a very LONG, day car ride.  The other involved a long car ride with a stop to see the Northern Lights AND a short flight.  Any chance to see the lights as many times as possible was our aim for the trip.  So we chose the flight up to the Arctic Circle and then a nice coach ride down the Dalton Highway to watch the Northern Lights in Joy, Alaska and then 'home' to Fairbanks.  It was a LONG day but so worth the beautiful scenery and clean air.  You know you have found an amazing travel companion when you can be up at the butt crack of dawn, return home at the butt crack of dawn the next day and still be smiling ear to ear.  Thanks Sylv, glad to have shared an awesome day with you!
Clicky click to read on »
Posted by Unknown at 10:49 AM No comments: 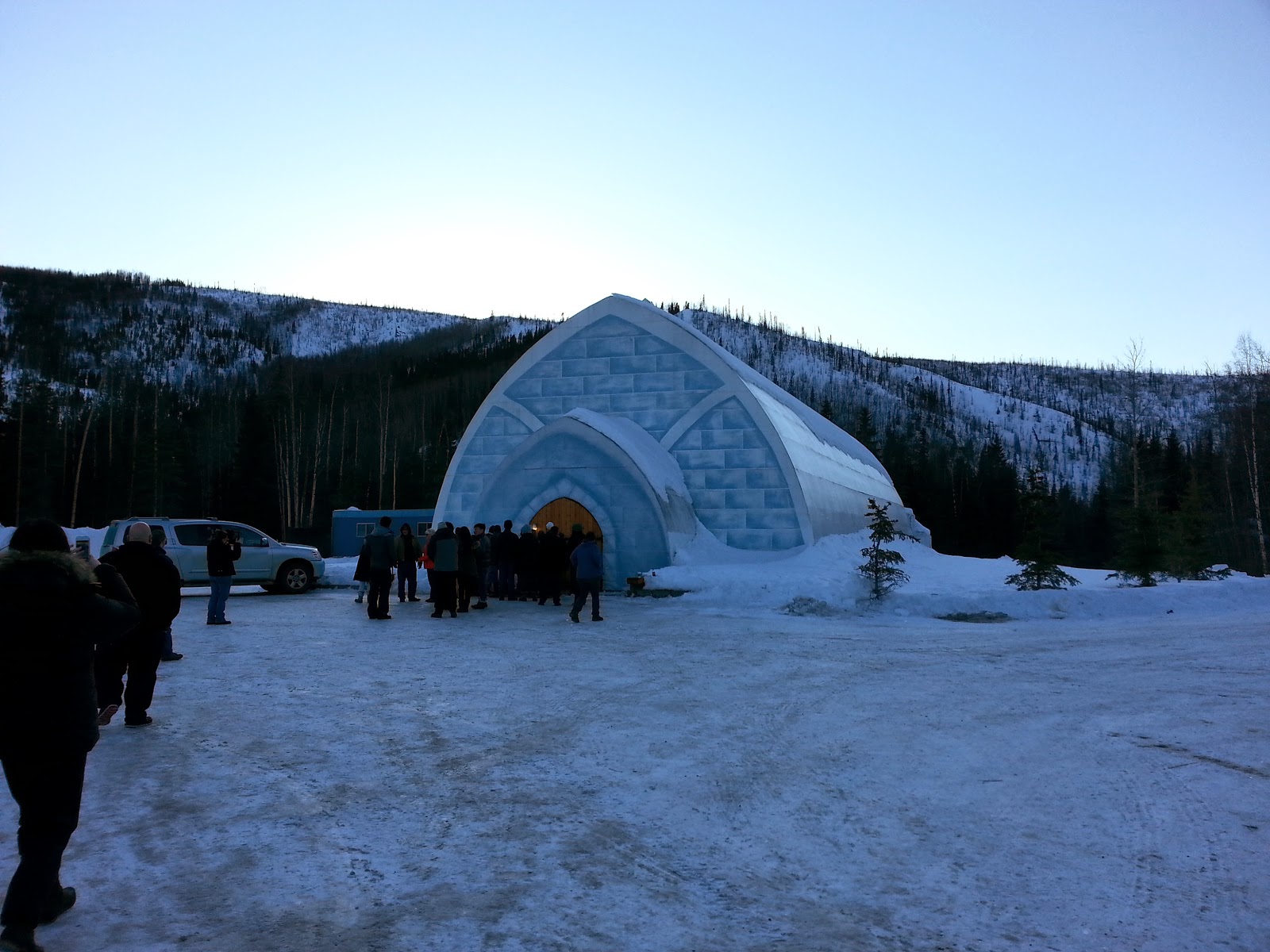 Fair warning this is an image heavy post.  But the images are really pretty if you fancy a colorfully lit, winter wonderland.  Back to my Alaska posts that I seem to be taking my sweet time with!  The Ice Museum at the Chena Hot Springs was fun, we booked a tour through Alaska Tours after doing some price shopping.  We got to enjoy a tour of the ice museum which is kept nice and chilly year-round using geothermal energy.  How do you like that, it keeps cool with warmth!  While taking the tour you can, for an extra charge, enjoy an appletini out of an ice martini glass.
Clicky click to read on »
Posted by Unknown at 1:27 PM No comments: 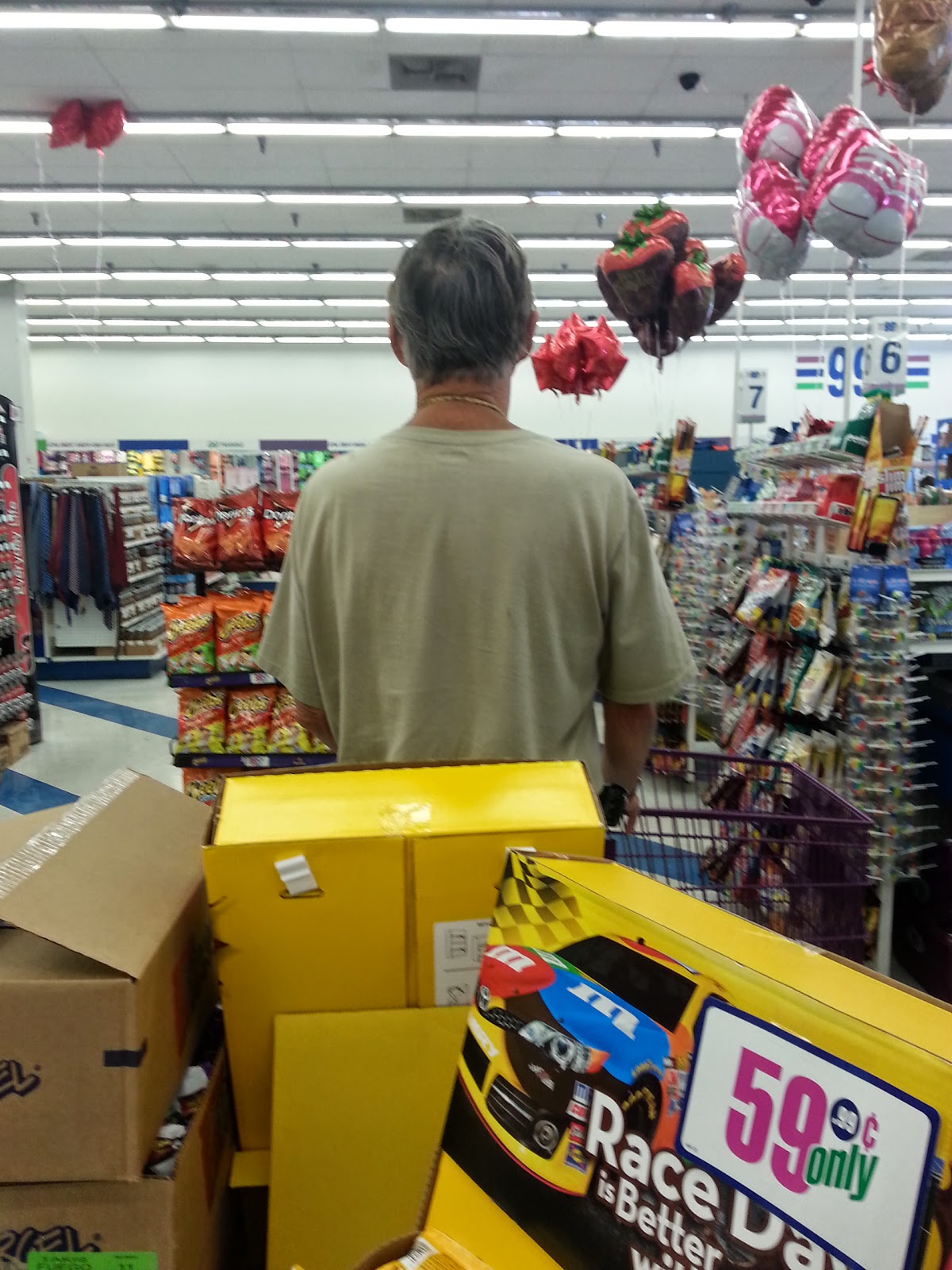 Saturday morning I went out to run some errands.  I have a foreign exchange student staying with us from Indonesia and he requested a few snacks.  The guy in the above picture is not the exchange student.  He is a bad apple.  He is one of those older folks that think the world owes them something.  I can't stand people like that!

He had been standing in a check out line when he decided to change lanes.  In the process of changing into the lane I was queued up for, he slammed his cart into my arm in an effort to cut me off.  I exclaimed, in pain, "Ouch."  He then gave me the nastiest look and in a very rude tone said, "Excuse you."

No, excuse you.  You hurt me.
EXCUSE YOU, for being in my way.
An apology would be nice.
I am not going to apologize for hitting you.  I got in this lane first.
I don't care which lane you want to be in, I don't mind waiting.  What I do mind is getting hit and not getting a simple apology.
I won't apologize for hitting you.  I would do it again too.
For an older gentleman you are setting a very poor example for us younger people.

He turned away and didn't utter another word.  I so wanted to just pop off at the mouth and give him an ear full.  But he already was making himself look like a jackass... and getting called out for being a bad person was the icing on the cake.  People were looking at our exchange.  He was acting immature and someone young enough to be his daughter called him out.  I think he was a bit embarrassed.  I took out my cell phone and took a picture of the back of his head just so I could post it on my blog.  I was shocked that he was unapologetic no matter what his age.  I was so glad I didn't let my temper get the best of me but I was pretty hot under the collar.  Since when is it okay to mow someone down and feel good about it?  I seriously hate people some days.  I told the mister about it and he told me I should have hit him with my car.  Violence is not the answer but I hope that old man went home stewing because a youngster had to remind him about his manners.

In all honesty I probably would not have said a word to him had he not hit my arm that is currently in a splint.  So yea, I was already a bit hurt in the arm that got plowed into.  I didn't need to be in more pain, I thought evil little thoughts in my head stabbing tiny daggers in his eyes.  It must be exhausting to be such a nasty mean person all the time... because that little exchange I had with the man was enough to tucker me out and it was only 9am!!!