Time to dust off the old camera.

Well, after months of procrastinating I finally did it.  I grabbed my old camera, dusted it off and slapped new batteries in it.  I haven't used this camera in so many years, I think I am going to run through a quick how to.  I might as well use it to its full capabilities rather than just point-click.  I have a crap camera and iPhone for that kind of stuff.

Clicky click to read on »
Posted by Unknown at 9:00 AM No comments:

Paying top dollar to be a corporate billboard.

I was in search of a long-sleeve thermal or long-sleeve t-shirt the other day.  I had a hell of a time finding something that didn't have a brand name printed all over it and the high price tag attached to the brand name. I just wanted a simple, one-colored, neutral shirt. I finally settled on one. It was not quite what I wanted but I took it. You never know when a hood will come in handy right?

Clicky click to read on »
Posted by Unknown at 7:49 PM No comments:

Email ThisBlogThis!Share to TwitterShare to FacebookShare to Pinterest
Labels: corporations are the devil, fashion is stupid, link to some place else, store find

That was my answer when my husband asked, "What is it?"

Sunday afternoon I came home from my mom's house with tripas.  She had put some aside for me and since she knew I liked them she called me to get some.  So I came home and was absentmindedly popping tripas in my mouth when I asked my mister, "Hey, you want some tripas?"
"What is it?"
"I dunno just come over here and try it."
He comes into the kitchen and pops one of these in his mouth:

Clicky click to read on »
Posted by Unknown at 11:11 AM No comments:

Post-production title: Dear Susie, when will you learn?

On my  lunch break I decided to run to the optometrist to get my new glasses.  After I got my glasses I figured I would stop at my closest fast-food, filth-hole and you were the closest one.  I should have known better from previous experience that your sandwiches are terrible.  I should have ordered a soft-serve ice cream cone because you have yet to find a way to fuck that up.  But no, I was stupid again (or just maybe a little insane). I decided to try something I had not tried from your selection of over processed filth.  I wanted to try your Filet-O-Fish sandwich.
Clicky click to read on »
Posted by Unknown at 12:15 PM 1 comment:

I'm a liar.  I admit it.  I know how to play the game.  I got called out on it.  I didn't like hearing it and I didn't like admitting to myself that I am a liar.  No one likes to be called out on their bullshit.  Being called out forces you to be introspective.  It makes you see the ugly inside yourself.  I looked in and hated myself.  But also loved myself for having the talent to fib.  And then I became conflicted and angry.  So I shouted mean and angry words because of my displaced anger.
Clicky click to read on »
Posted by Unknown at 3:40 PM No comments:

Email ThisBlogThis!Share to TwitterShare to FacebookShare to Pinterest
Labels: anger, corporations are the devil, fail, i suck at being a friend, the bad, why

Especially fillings that are circa 1980's.
I brush.
I floss.
I also have a fear of the dentist. 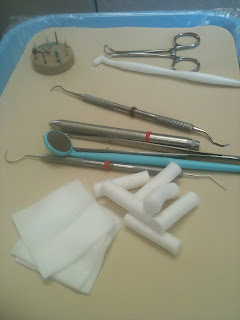 Since I hate the dentist it was a rare occurrence that I would actually go to the dentist.
Unless something was causing me discomfort or a filling came loose, I avoided them at all costs.
Did you know that amalgam fillings typically last about 8 to 10 years? 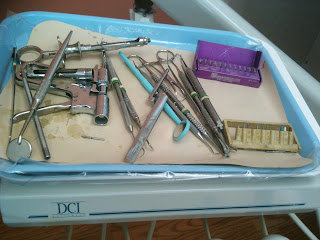 My old amalgam fillings were failing me.
They were starting to fall out.
Aside from falling out, some fillings had allowed decay to occur under the filling.
This ultimately lead to a few (many) root canals being needed.

Amalgam contracts and expands with temperature change and moisture.
So over time they allow decay to occur under the tooth and around the filling.
So how do I fix my problem of failing old fillings?
I had to make an expensive choice to restore my old as dirt fillings.
Expensive?  But don't you have dental insurance?
Yes, yes I do but there is an annual cap that they will cover after that it all comes out of pocket. 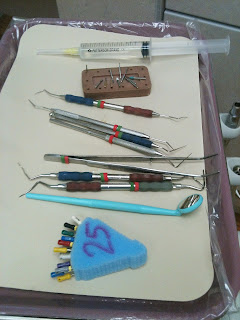 So my choice was work to on my teeth little by little as they got progressively worse.
Or I could just get all of the old fillings restored using composite resin in a short period of time.
I bit the bullet and went with the more expensive option.
I figured my fillings were way beyond their expiration date and I didn't need more root canals. 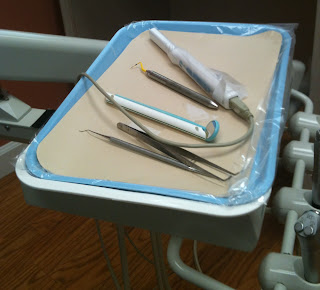 So to get the root canals and crowns that go with the root canals was costly.
Restoring my failing fillings was also costly.
The only thing that makes me happy is knowing I won't have to worry about more root canals.
I am better prepared now by knowing the life span of my current fillings.
I also have made it a point to use my free teeth cleanings twice a year and have my free full check up once a year.
I would like to say this is why I am afraid of the dentist:
But there is more to my fear than a crazed dentist.
But I look at it this way I can either get over my fear of the dentist or I can end up without teeth.
Or I could look at it this way.... I could have no teeth and have bought this for the price it cost to get all my fillings restored and crowns done:
Posted by Unknown at 4:24 PM No comments:

Heart attack in a can? 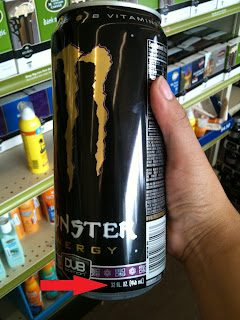 That's my hand holding 32 ounces of heart attack juice.  I had to capture the size difference of my hand compared to the giant can of energy.  There is a better picture of the product down below.

Clicky click to read on »
Posted by Unknown at 3:19 PM No comments:

Aww come on, it's not always like that.  Oh, wait, umm, yeah it kinda is like that.  Whatever!  Opinions: I have them.  I will now share my opinion on the fucking fingerstache.  God I hate those stupid things.  It's not clever and it's gotten beyond old.
Clicky click to read on »
Posted by Unknown at 1:58 PM 2 comments: